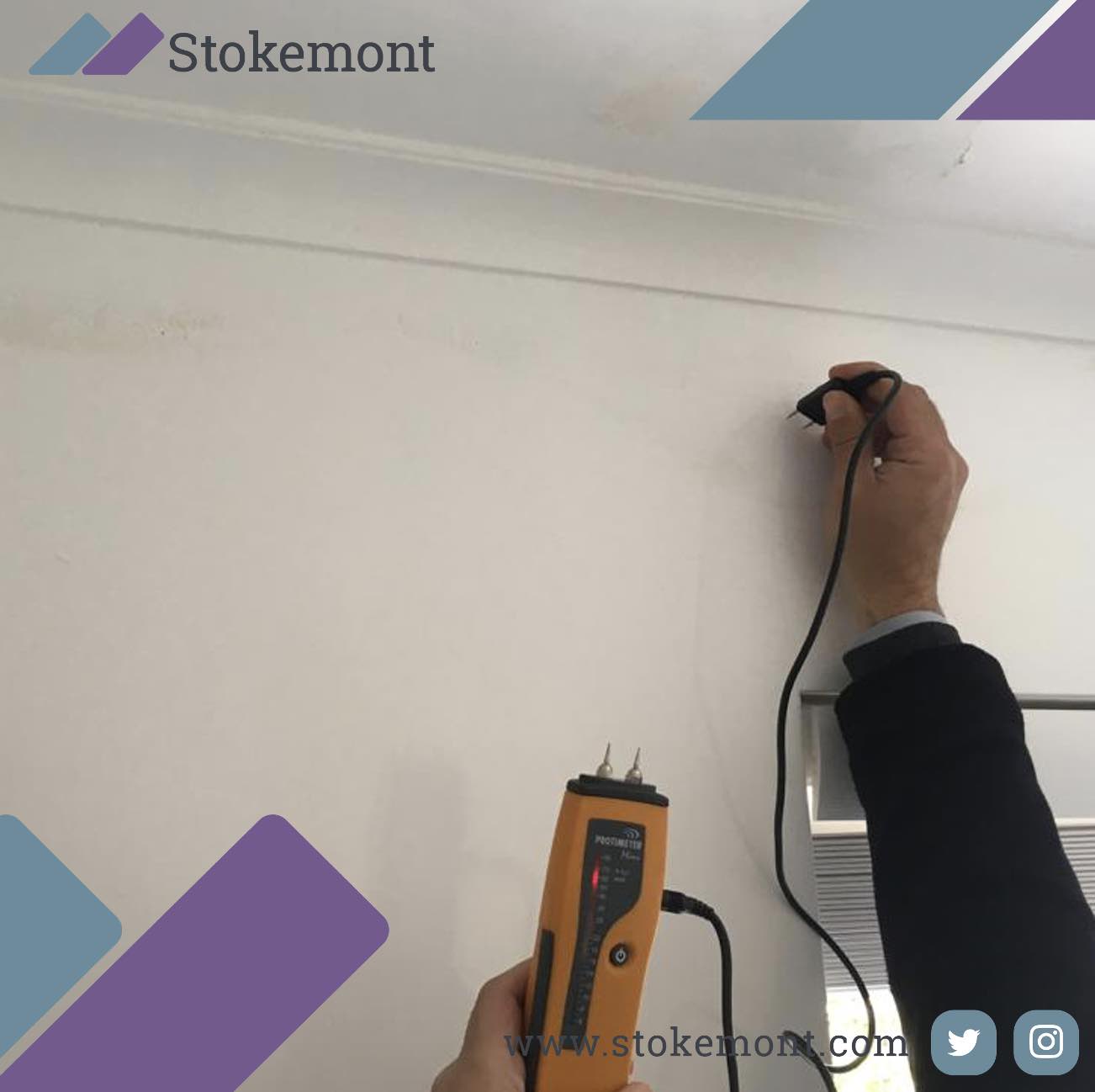 In this week’s two part property surveying blog post, we are going to be looking at damp, the cause of it and how to quickly spot it before it ruins your property appearance, value, performance and even possibly you or your family’s health.

There are four main common suspects of damp: rising damp, penetrating damp, water from leaks, and condensation. In new buildings an additional problem would be trapped construction water.

We will be looking at all four of these main causes of damp in more detail.

In the property industry it’s widely known that the presence of excess water in buildings probably gives rise to more defects than any other cause.

Until 1920’s U.K. buildings were constructed by a method of solid brick construction, these walls were non cavity. Solid brick construction homes lacked in its defence against common defects over the years such as structural movement, cracking to the external walls or shrinkage to mortar joints.  Water ingress from air pressure and gravity would very much break and seep through the building leading to damp issues. Today, a modern cavity build can provide a great barrier.

Condensation, when and where does condensation to occur?

Condensation is generally water which collects as droplets on a cold surface when humid air is in contact with it due to lack of adequate ventilation. Within any given room, cold surfaces and those in poorly ventilated areas are most at risk.

There are a number of areas where condensation commonly occurs; bathrooms and kitchens are the most apparent as this is where relatively large amounts of moisture can be generated over a relatively short period of time, due to frequent activities that occur in these rooms, such as hot showers, and cooking.  Both previously mentioned tend to leave behind steam, which with absence of a ventilation method, would usually start and lead to the outcome of condensation and moisture build up.

Condensation is common on cold walls particularly in corners or behind furniture where air flow is restricted, which is why built-in wardrobes positioned against external walls are often plagued by mould growth.

Condensation is also quite common in roof voids. It usually manifests itself as water droplets on the underside of the underlay of most roofs. The problem is caused by inadequate ventilation. More times than not, this would be due down to the particular design of the roof elements such as leaving a little void area for ventilation through the eaves of the roof. If the eaves is completely closed off this will not allow any ventilation to the underside of the roof for the internal area of the roof causing condensation to book up and cause water droplets and then mould.

Mould growth tends to form where condensation occurs consistently, particularly if humidity levels remain above 70% for long periods of time. When this occurs, the presence of a black spot mould is useful in indicating a damp problem which has come or derived from condensation rather than penetrating around rising damp.

Because condensation is a dynamic process which is affected by changes in the temperature in the moisture content of air it follows that it can be avoided and or combat it by consideration of heating, thermal insulation and ventilation and also by limiting the amount of moisture generated in any given space.

A fractured rainwater gutter which fails to contain water, thus leaking and splashing frequently on to an external wall will surely lead to the water ingress.

Similarly, an internal water pipe which usually contains the flow of water from the kitchen elements, such as dishwashers, or sinks, if loose, fractured, will consistently leak and pool/pond beneath the floorboards.

The water rises into the cement screed on top of the membrane into the subfloor. The dampness creeps up the boards leaving a stain on floor area and also would deteriorate and rot the skirtings boards. This will eventually lead to the water finding its way up the walls within the property, which we would refer to as capillary action thus leading to rising damp.

When it comes to a pipe leak the immediate places to be checked would be the machinery in the kitchen or the central heating system with its pipe set into the cement screed.

Rising damp is commonly linked to water, humidity and moisture. Rising damp in a domestic building is commonly a result of water from the sub soil beneath “rising” up in-between the pores and capillaries of the wall structure and its materials, causing the walls to become wet and damp.

Similarly, if air beneath the flooring has a high humidity level of 85% or more, humidity would start to affect materials such timber, which is bad news for i.e., timber framed buildings or timber-based skirtings and timber floorboards as moisture content of the floor increases, thus leading to mould, damp air, leads to further moisture content which will rise. This this will tend to cause decay and result in the timber becoming inadequate for its use.

One of the first indications of rising damp could be dark wet patches at the lower sections of walls that can be damp to touch. Ventilation of under floor voids should ensure humidity levels are kept below 75%.

Below we have displayed the most common causes of rising damp:

Since early 1900’s most homes would have been built with damp proof courses to avoid the destructiveness of rising damp. It should be noted that DPC’s can fail for a number of reasons, these include, deteriorations of the original material or physical damage cause by building movement.

When it comes to the heights that the damp levels can potentially rise to, it should be noted that a few factors come into play such as the amount of water levels present in the ground sub soils, seasonal changes, the limitations on evaporation (i.e., materials used, the paint finish) and the level of heating inside the building.

If you’ve got a damp issue, don’t panic, you aren’t alone in this, it’s a very common property issue!

Please do not hesitate to get in touch by clicking here, as our team would be more than happy to assist with your potential purchase or home defect.