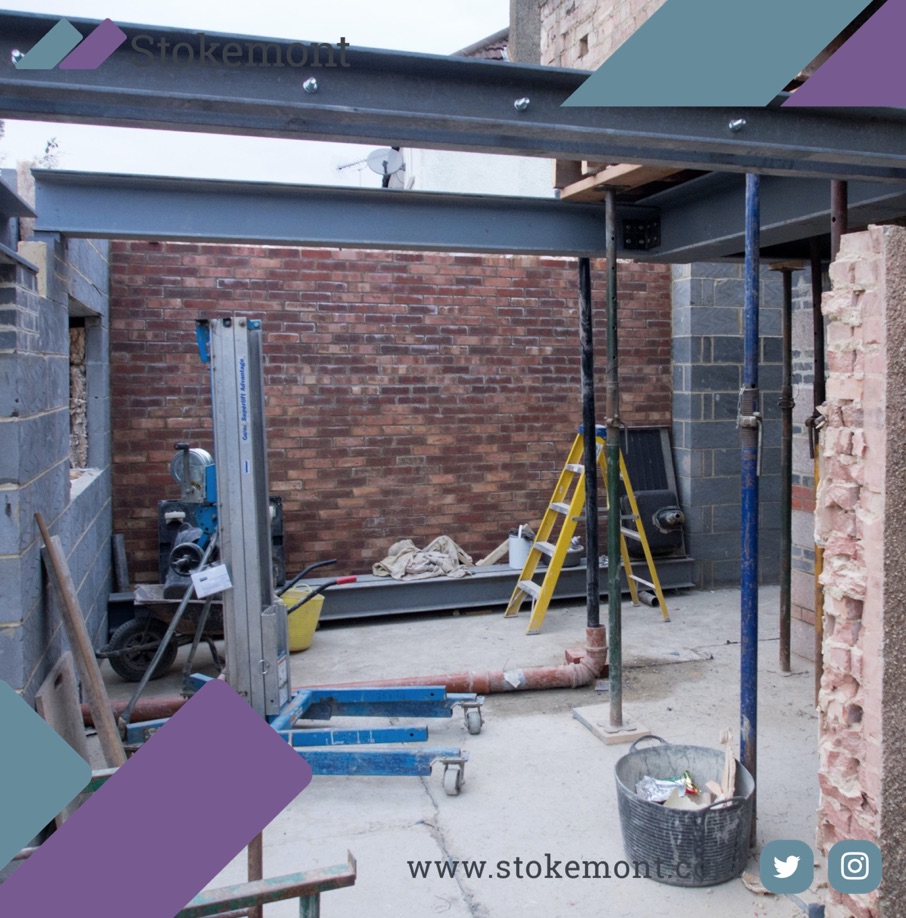 In this week’s property surveying blog post, we are going to be discussing the type of considerations that a building owner should consider when undertaking a proposed rear extension, built up to, or astride the boundary line.

These days, the majority of architects akin to modern construction will rarely design vision panels, or windows into the flank walls of proposed rear extensions.

However, in the past, this was an incredibly common type of design feature, as it gave the building owner a maximum of natural light to the new rear extension.

At the time of construction, this would have felt like a fantastic idea, and indeed would be, if the neighbouring owner also had vision panels, albeit opaque, or misted, thereby enabling the maximum amount of light to each property.

However, these days, modern construction tends to see flank walls of rear extensions being built in brick or blockwork, as this offers excellent thermal insulating qualities, and can also make the room a little more user friendly.

The issue this poses to these historic extensions is that they will effectively be bordering a brand new wall.  This means that the window, which was once a pleasant addition, and allowed natural light in the room can quickly become an eyesore as it will now effectively be facing a newly finished wall.

Another issue is that the placement of the new wall, alongside the neighbouring wall, which would have both been built up to, or very close to the boundary line, means that the building owner’s new wall will almost be impossible to finish neatly, as shown in these photographs.

Under the Party Wall Act 1996, there is nothing that an adjoining owner can do to force a building owner to neatly finish the wall, render, or even paint it.  From a legal perspective, the wall is entirely on the building owner’s land, and therefore, the final finish of it is entirely up to them, and within their prerogative to complete in a manner of their choosing.

It is also worth noting that it is likely impractical, or near impossible, for a contractor to render or paint overhand, as the location of the two respective walls will effectively stop that.

Party Wall procedures can often be confused and misunderstood as encompassing elements such as this, therefore we would recommend thoroughly discussing the proposed plans with a Party Wall Surveyor in advance of any works commencing, as this will ensure the best procedures are implements, and potentially issues such as this can be considered and avoided before the works commence.

If you would like to discuss any proposed plans with our team of Party Wall Surveyors, give us a call now and we will be more than happy to assist you.